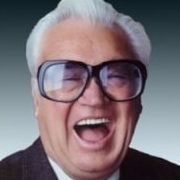 1897 National League partial roster of 9 teams. Used 1958 as a base until I was able to get REDitor working and then edited the team names. File of uniforms as close as I could get them. Some are spot on, some are close but from a later era. I take no credit for the uniforms. They're all a conglomeration of uniforms I have downloaded off of here and the respective owners. You all do an amazing job, All I take credit for is the roster editing and create a team. I have to say, not a fan of the old 2k created teams suite. If the game was still around, I could see it being more akin to the WWE 2k games, but we will never know. All team names have also been changed, by me, with REDitor to their respective 1897 counterparts. Below is a list of the teams, what teams they take the place of (if necessary) and some of the notable players on the team:

Hope you all enjoy. Appreciate all feedback. Will be uploading in the near future to DTSSN on YouTube. Next up and currently working on...1915 Federal League!