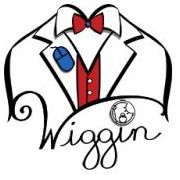 The PR (formally Project Awesome) team would like to share with the Super Mega Baseball community our MLB 30 team pack for your enjoyment. Our pack aims to bring all 30 Major League teams to the SMB2 world to enjoy alongside Metalhead Software’s pre existing teams.

Our design philosophy was to create all 30 MLB teams in SMB2/3 rated in such a way that they can compete with the game’s stock teams. High ratings of 99 have been reserved for the truly outstanding players!

A lot of hard work and collaboration went into gathering stats, developing helper tools, and compiling, tweaking, or creating from scratch the absolute best logo representations around.  We are quite proud of the final product which is a direct result of our team’s dedication to recreating all 30 MLB teams in the SMB2/3 universe. We hope you enjoy playing it as much as we enjoyed creating it!

Realistic logos and uniforms for all 30 MLB teams

Current rosters for all 30 MLB teams

Recreated all MLB players within SMB2/3

Unique likenesses for each individual player

Unique gear and equipment for each individual player

This version can be directly imported into SMB3 with the new tool!