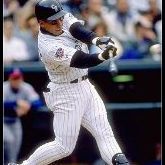 Thanks Pims51 but we're really not wanting this to be a thread where everyone and anyone posts as it means checking behind everyone in what they are submitting. After a couple days goes by and if you

Just to let you two guys know I gave this topic a sticky. This is an important thread and you modders are what makes this place go. And with the off-season not that far away this thread will see a lot