I have a MLB 2K21 Opening Day Roster... BUT I need the community's help! 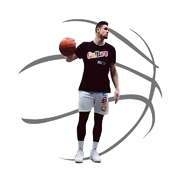